Detoxification - what does it mean? 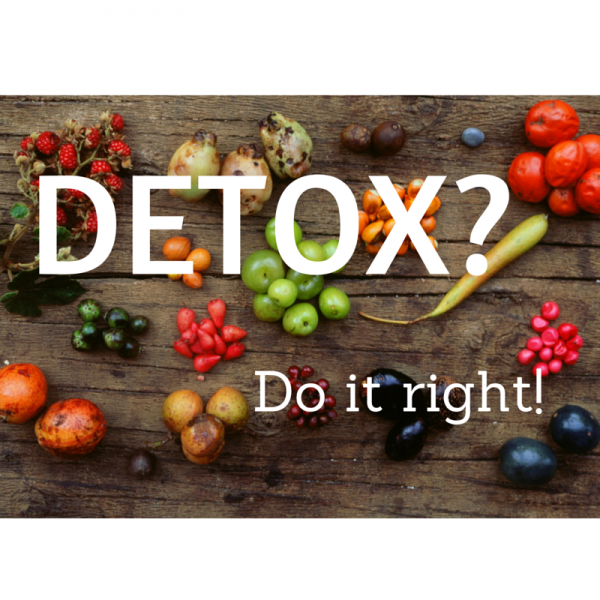 People often seem to be ‘de-toxing’ – and just as often ‘re-toxing’ – particularly after periods of excess, or prolonged illness. There are many programs and protocols available to cleanse the body, rid it of toxins and renew health... but what do they do?

The aim of a good detoxification program is to reduce the overall load on the body’s processes of digestion, detoxification and elimination – while at the same time, enhancing vitality and the body’s natural ability to absorb valuable nutrients.

The general population is constantly exposed to damaging health factors, such as:

The list goes on! Luckily, our bodies have amazing adaptive capabilities and get us through the bulk of these experiences, seemingly unscathed. However, if we do not regularly take the time to recharge our batteries and improve how we feel, then disease invariably follows. Symptoms such as:

All indicate the need to clean up your act, literally.

Dietary changes, including the removal of stimulants, sugar and known allergens, is one of the most important parts of a detoxification program - as this enables the body to function better. Increasing the consumption of nutrient-dense foods, high in vitamins, minerals, fibre and antioxidants, will also support the body as it releases the residue of previously poor diet and lifestyle habits. Some supplementation, herbal and nutritional, is often required to stimulate sluggish systems, as well as enhancing energy production and improving general vitality.

It is not unusual to feel unwell for the first few days of a program such as this, but it will not last; and after that initial phase, a sense of lightness and overall good health will follow. Detoxification programs can be followed for a short-term cleanse, such as 2 – 4 weeks, or up to several months for those wishing to make long-term changes. It is worthwhile discussing with your practitioner what would be most appropriate, and beneficial, for you.